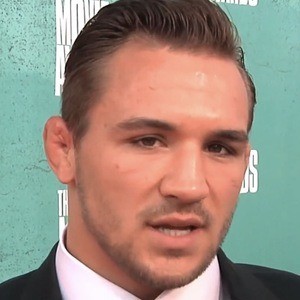 2011 Breakthrough Fighter of the Year was ranked as the #3 lightweight in the world by FightMatrix in 2013.

He was a two-time Big 12 Conference Championship Runner-Up at the University of Missouri.

He was raised as the second child in a family of four siblings.

He defeated Eddie Alvarez by submission on November 19, 2011.

Michael Chandler Is A Member Of