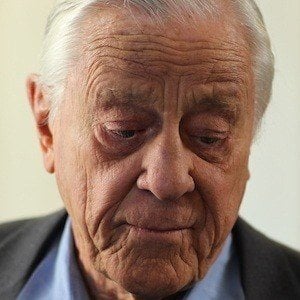 During World War II, he worked as a communications officer for the Office of Naval Intelligence.

He oversaw Bob Woodward's telling of what actually happened during the controversial Watergate scandal.

He oversaw the reporting of the Watergate Scandal under Richard Nixon's administration.

Ben Bradlee Is A Member Of