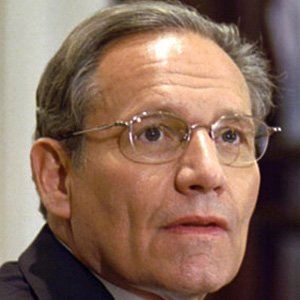 He served in the United States Navy for five years.

He's an investigative journalist for The Washington Post where he began in 1971.

His parents were named Jane and Alfred. He married Elsa Walsh in 1989 and he has two daughters named Taliesin and Diana.

While a young reporter for The Washington Post in 1972, he was teamed up with Carl Bernstein and together they broke the scandal.

Bob Woodward Is A Member Of