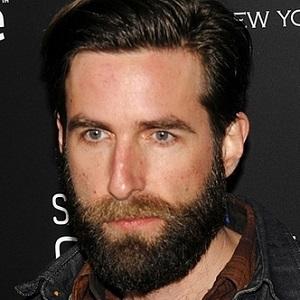 Most famous as the lead vocalist of the Seattle-based rock group Band of Horses, this singer, guitarist, and bassist also performed with the 1990s band Carissa's Wierd. His third Band of Horses album, Infinite Arms, received a Grammy Award nomination.

He met his future musical collaborators, Jenn Ghetto and Mat Brooke, while all three were working at a Tucson, Arizona pizza restaurant. They subsequently relocated to Seattle, Washington and worked at a bar while recording music.

He recorded a 2010 cover of the George Harrison song 'Your Love is Forever.'

A native of South Carolina, he relocated to Arizona at the age of sixteen and later lived in Washington. He and his wife Elizabeth McCann welcomed daughters named Annabelle and Ivy in 2008 and 2010, respectively.

He was featured on two tracks by Simon Neil's band Biffy Clyro: "Accident without Emergency" and "Opposite."

Ben Bridwell Is A Member Of