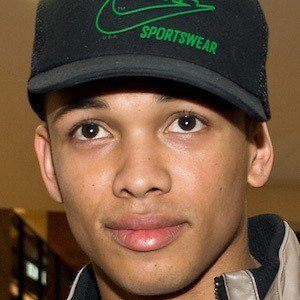 Czech singer known for his albums Benny Cristo and Made in Czechoslovakia. His single "Sweet Chili" received widespread play on the radio. He's been active in encouraging voting and speaking out against hate.

He was a high-level snowboarder growing up. He finished in seventh place on the singing show Česko Slovenská Superstar. He released his debut album in 2010.

He received a nomination for music video of the year for his song "Bomby" in 2013. He appeared in a 2010 episode of the show Ordinace v růžové zahradě 2.

He was born to a Bohemian mother and and Angolan father in what was then Czechoslovakia.

Ben Cristovao Is A Member Of