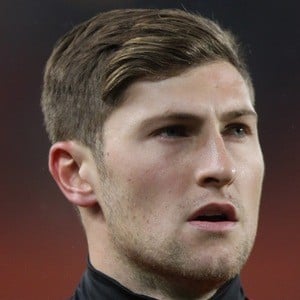 Left back who is best known to soccer fans for his decade spent as a member of Swansea City A.F.C. In 2014 he joined Tottenham Hotspur. He also represented Wales at tournaments like UEFA Euro 2016.

He spent some time with Swansea City's youth academy before moving to Viborg, Denmark.

He won the Football League Cup title with Swansea City in 2013, his first and only championship with the club.

He is the son of Eryl and Alun Davies.

He played alongside Wayne Hennessey on the Welsh national team.

Ben Davies Is A Member Of