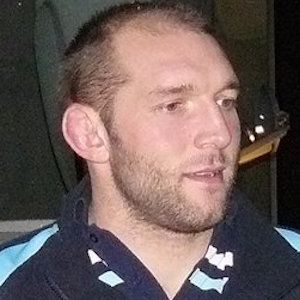 Former rugby union second row forward known for his time with the Leicester Tigers, receiving 281 caps over 11 seasons. He's worked as a commentator since retiring in 2010.

He played at the 1996 Students World Cup, representing England. He attended Loughborough University.

He earned 62 caps with England's national rugby team and played every game of the of 2007 Rugby World Cup. He also made two appearances with the British and Irish Lions in 2005.

His father was Sir John William Kay, who served as Lord Justice of Appeal. He has two siblings. He married his longtime girlfriend Virginia in 2002; they have two children together.

He was teammates with James Haskell toward the end of his international career.

Ben Kay Is A Member Of