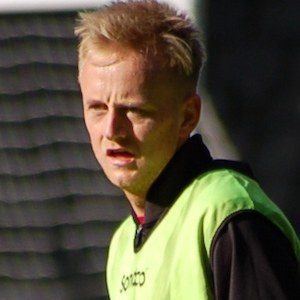 England-born Northern Irish midfielder who signed with the Milton Keynes Dons in 2013. He helped the team earn promotion to the Championship for the first time in 2014-2015, although they were relegated a year later.

He started playing with Southampton's youth club in 2001 and eventually debuted for the first team in 2011. He appeared in a handful of Premier League games before being released in 2013.

He joined Northern Ireland's national team in early 2014. He earned his first cap later that year in a Euro 2016 qualifier against Greece.

He qualified for the Northern Irish team through his grandparents, who were from Fermanagh, Northern Ireland.

Ben Reeves Is A Member Of