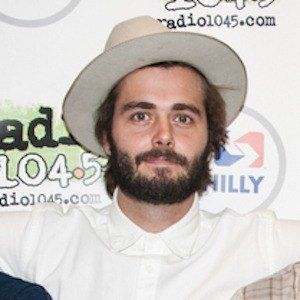 Founding member of the indie folk band Lord Huron who first came up with the idea as a solo project. The group went on to release a debut album called Lonesome Dreams and follow-up titled Strange Trails.

He first began writing music in his hometown before heading to the University of Michigan to study visual art. He finished his degree in France.

He had studied to be a painter and did some art direction work to pay the bills.

He is from Okemos, Michigan. After France, he moved to New York City to work as an artist before heading to Los Angeles, California in 2005. He has three brothers and sisters total.

His band's song "Ends of the Earth" was featured in the series finale of the Dan Harmon-created sitcom Community.

Ben Schneider Is A Member Of