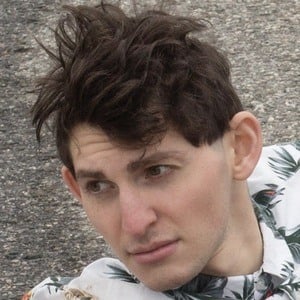 Photographer who is known for his work in self-portraiture where he takes abstract and surreal photos of himself in different backdrops and settings. Often blending in with his natural surroundings, he shares his portraits through Instagram for his over 180,000 followers.

He first started taking photos at the age of 18 after finding a Pentax ME Super. He started earning recognition for his work in 2013 when he started to get featured in magazines such as Juxtapoz, Hypenotice, and My Modern Metropolis.

He has held several solo exhibitions including at Catalonia in New York and Littlefield Performance & Art Space in Brooklyn.

He was born and raised in The Bronx, New York and received his first camera from his grandmother.

Other photographers who have also been featured in Juxtapoz magazine include Nicolas Bruno and Lara Zankoul.

Ben Zank Is A Member Of