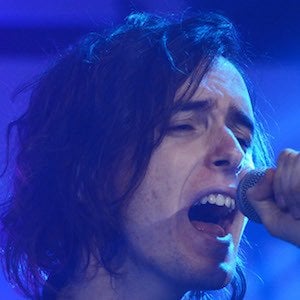 Singer who has released albums like Trip Tour (2013) and Unisex (2018) as the frontman for the Chilean pop-rock band Zero Kill. He collaborated many times with his father, the late musician Gustavo Cerati.

He first appeared onstage with his father as a small child in 1995.

His album Trip Tour earned him a nomination for Best New Pop Artist Album at the 2014 Gardel Awards.

His mother is actress Cecilia Amenábar. He has a sister named Lisa.

He has performed with Ale Sergi from the band Miranda.

Benito Cerati Is A Member Of