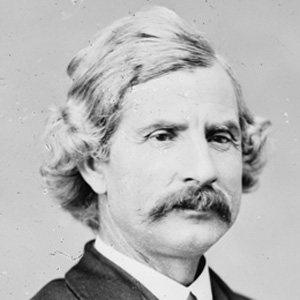 He attended Wesleyan University before being a major of the Delaware militia during the Mexican-American War.

Gov. Benjamin T. Biggs Farm in Delaware is named after him.

He married Mary Beekman and together they had five children: John, Elizabeth, Benjamin Jr., Jennie and Willard.

He served in Congress when Ulysses S. Grant was President of the United States.

Benjamin T. Biggs Is A Member Of