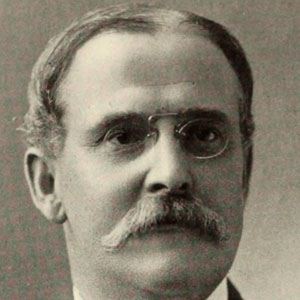 Best remembered for serving a twenty-year term as President of the University of California, this Massachusetts-born educator also taught comparative and classical linguistics (philology) at Cornell University in New York.

Upon his 1875 graduation from Brown University, he briefly worked as a high school teacher. He later traveled to Europe and earned a Ph.D. from the University of Heidelberg.

His publications include Introduction to the Study of the History of Language; The Organization of Higher Education in the United States; and Analogy in Language.

He grew up in Massachusetts, New Hampshire, and Rhode Island as the son of a minister. In 1881, he married Rhode Island banker's daughter Amey Webb.

He and Janet Napolitano (American Secretary of Homeland Security under the presidential administration of Barack Obama) both served as President of the University of California.

Benjamin Ide Wheeler Is A Member Of