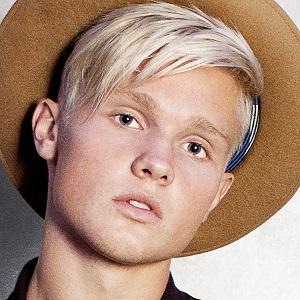 Finnish pop star who was discovered on Instagram. His debut single "Underdogs" was released in September of 2014.

He emerged through Instagram to become a talking point in Finland and abroad. His fans have been living vicariously through him on his journey from a social media phenomenon to a recording artist.

His fans actively follow the twists and turns of his everyday life in his social media channels.

He comes from an average family in the small town of Kaarina, Finland.

His famous hairstyle has often been compared to David Beckham's Pompadour haircut.

Benjamin Is A Member Of