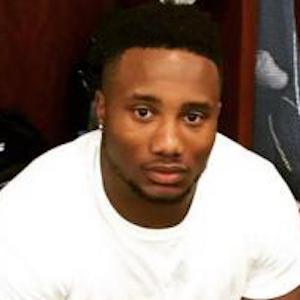 NFL running back and kick return specialist who signed with the then-St. Louis Rams as an undrafted free agent in 2013. He carved a role for himself on special teams and as a backup running back during his first few years in the league.

He attended Middle Tennessee State University, where he earned Second-Team All-Sun Belt Conference honors as a senior. He was an elite sprinter in high school.

In week 15 of the 2015 NFL season, he was named NFC Special Teams Player of the Week after amassing 188 yards on 4 kick returns against the Tampa Bay Buccaneers.

He was raised by Sheridan Dotson in Tennessee.

While with the Rams, he's backed up Zac Stacy, Tre Mason, and Todd Gurley.

Benny Cunningham Is A Member Of