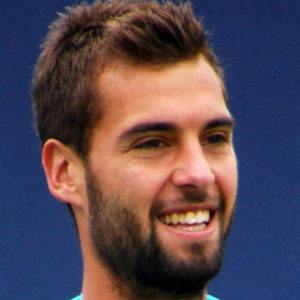 French tennis player who turned professional in 2007. He earned a ranking of 24th in the world in August, 2013.

He made his Grand Slam debut at the 2008 French Open.

He is the son of Eliane et Philippe Paire.

He was defeated by Kei Nishikori in the third round of the 2013 French Open tournament.

Benoit Paire Is A Member Of