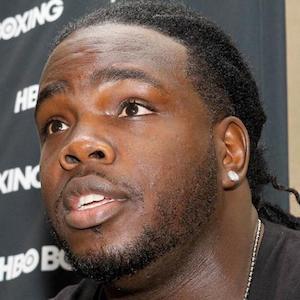 Haitian-Canadian professional boxer who is best known for holding the WBC heavyweight title from 2014 until 2015.

He began his amateur career at the age of 19. He went on to win a silver medal in the super heavyweight division at the 2005 National Championships. He then turned professional under Don King.

He is known for winning multiple awards and honors for his boxing including the WBC International title February of 2011.

He was born and raised in Plaine-du-Nord, Haiti.

He has boxed Deontay Wilder and Chris Arreola.

Bermane Stiverne Is A Member Of