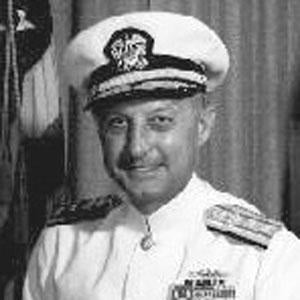 Commander of the U.S. Pacific Fleet during the height of the Vietnam War.

He was on board the Dolphin submarine during the Attack on Pearl Harbor.

He took charge of the entire Pacific Fleet in 1970.

He and his wife, Jean Scott Clarey, were married for nearly sixty years and had two sons.

He served in the Pacific theater of World War II under the command of General Douglas MacArthur.

Bernard A. Clarey Is A Member Of