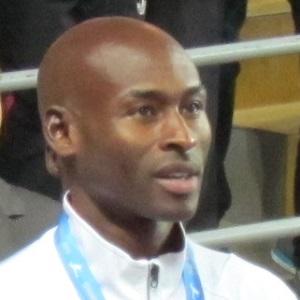 Middle and long-distance track and field star who appeared in his first Olympics in 2000, earning a bronze medal in the 1,500 meter event.

He came to America in 1996 to attend Washington State University; in 1998 he won NCAA Championships in three events: indoor mile, indoor 3,000 meters, and outdoor 5,000 meters.

At the 2007 World Championships, he became the first person ever to be crowned world champion in the 1,500 meter and 5,000 meter at the same World Outdoor Championships.

Bernard Lagat Is A Member Of