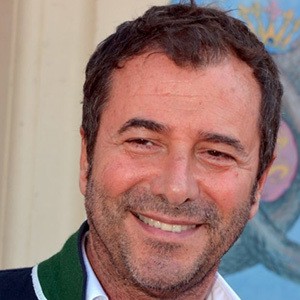 French television host and comedian who is known for his work on the TF`1 channel. He is also known for hosting the Cine program on TVM3 and appeared as an actor in several films including Camping in 2006 and Curriculum in 2007.

He started his career as an assistant director before joining the NRJ station and Fun Radio. He then left radio for television in 1985 when he joined the FR3 Aquitaine network. He went on to make his feature film acting debut in 1995 and appeared in the television series Under the Sun in 1996.

He is also a writer who has published several books on his experience working in French television including The Best Pearls of the Show-Biz in 2001 and Tele-Realities in 2003.

He was born in Casablanca, Morocco but fled to Bordeaux with his family as a result of the Algerian war.

He is known for having supported president elect Emmanuel Macron and even hosted an event in his honor at the Accor hotel chain which he is the ambassador of.

Bernard Montiel Is A Member Of