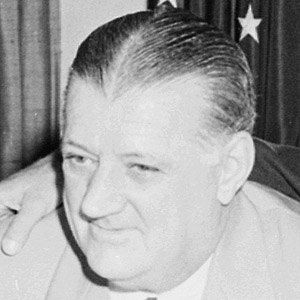 Commissioner of the NFL from 1946 to 1959; known for driving up the commercial appeal of the league and helping increase the nation-wide popularity.

He served as head coach in the NFL from 1936 to 1941, for the Philadelphia Eagles and Pittsburgh Steelers.

He is credited with implementing the NFL Draft, which earned him a posthumous induction into the Hall of Fame in 1963.

Bert Bell Is A Member Of