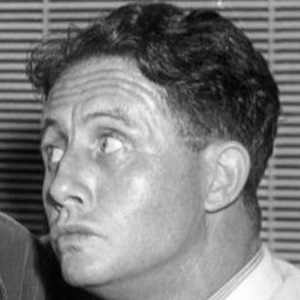 Comedian, actor, and vaudeville performer who appeared in Broadway shows and in comedic feature films. He was one half of the Wheeler & Woolsey comedy act.

He made his film debut in a 1929 movie entitled Rio Rita; he had earlier appeared in the stage production of the same musical.

He was one of the stars of Brave Eagle, a CBS western series that also featured Keith Larsen.

He appeared in Rio Rita, a musical produced by Florenz Ziegfeld.

Bert Wheeler Is A Member Of