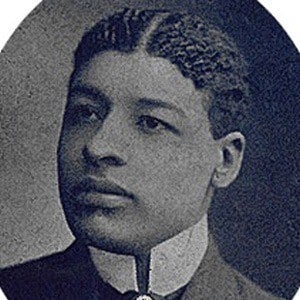 Comedian and vaudeville entertainer who is best remembered as the first African-American performer in the famous Ziegfeld Follies. He also starred in Broadway's Bandanna Land.

He and George Walker formed a popular vaudeville duo act. In 1900, they performed in a successful farce entitled Sons of Ham.

A prominent African-American entertainer, he is regarded as one of the greatest vaudeville performers of all time.

He married Charlotte L. Thompson in 1899.

He and Fanny Brice both appeared in Ziegfeld Follies.

Bert Williams Is A Member Of