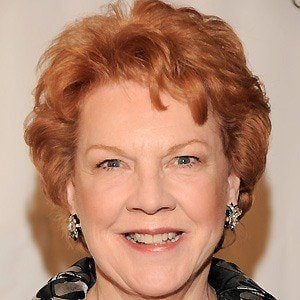 Tony-nominated actress who is best known for her roles in such Broadway shows as The Boy From Oz and Sweeney Todd. She also landed the role of Sister Jane in the Netflix series Orange Is the New Black.

Prior to becoming a Broadway performer, she worked as a teacher.

In 1989, she was nominated for a Drama Desk Award for Outstanding Actress in a Musical for her performance in Sweeney Todd.

She was born and raised in New Jersey and was a resident of the state for the majority of her life.

She starred in the 1989 revival of the Stephen Sondheim musical Sweeney Todd.

Beth Fowler Is A Member Of