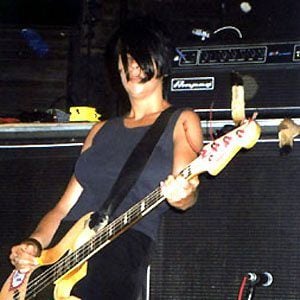 Guitarist and co-founder of the experimental band Hovercraft and who has played bass under the name Sadie 7.

She contributed to the grunge music documentary film Hype! in 1996.

She and Hovercraft have opened for Dave Grohl and the Foo Fighters.

Beth Liebling Is A Member Of