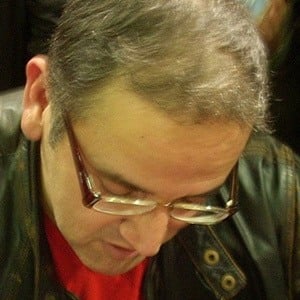 Journalist who started working as a newspaper columnist on Peru 21 in August 2001. He has over 750,000 followers on his betoortiz28 Instagram account.

He graduated from the University of Lima in 1990 with a degree in Journalism, Radio, TV, and Film.

He was a staff writer for El Comercio Newspaper in 1989. He created Beto A Saber in 2000. It was a politically incorrect TV talk-show that harshly criticized the government.

He is from Lima, Peru.

He and Pamela Silva Conde have both worked as Peruvian journalists.

Beto Ortiz Is A Member Of