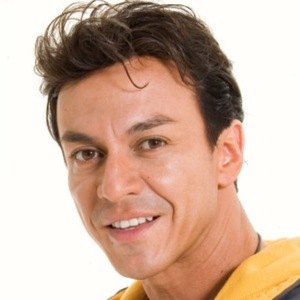 Dancer and entrepreneur who is known for having created the Zumba fitness program during the 1990s. In 2006, he established Zumba Fitness LLC, which sells Zumba fitness products and videos.

He initially moved to Miami, Florida from his native Colombia in 1999 to pursue a professional life there. He began teaching fitness classes incorporating music that would later become Zumba fitness routines.

His Zumba program has been reported as used in over 180 countries by more than 10 million people. He was featured as a special guest on the 2012 song "Fiesta Buena" by DJ Mam.

He was born and raised in Cali, Colombia to Maria del Carmen Perez, whom was a single mother.

His Zumba program has garnered celebrity fans, including Jennifer Lopez and Wyclef Jean.

Beto Pérez Is A Member Of