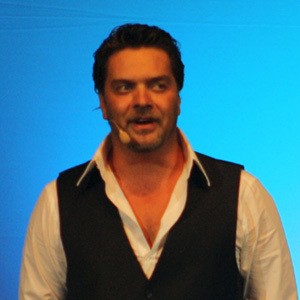 Turkish comedian, actor, and television personality who is best recognized for hosting the program The Beyaz Show. He is also known for being a judge on O Ses Turkiye, the Turkish edition of The Voice.

He studied sculpting at Anadolu University in Eskisehir. He started his career in entertainment on Number One TV, hosting the show The Beyaz Show in 1996. His feature film debut came the following year in 1997 when he starred in Nihavend Mucize.

He is also known for his singing and was credited with performing the song "Indik Rum'da Kisladik" in the 2006 feature film Hacivat Karagöz Neden Öldürüldü?.

He starred alongside kerem alisik in the 2011 feature film Dansoz.

Beyazit Oztürk Is A Member Of