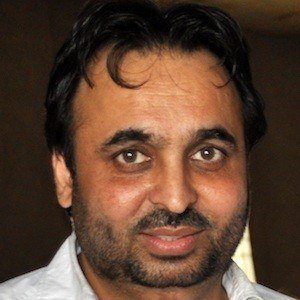 Known for such popular comedy albums as Haas-Haas Ke and Khariya Khariya, this famous Punjabi comedian also had a career as a politician, representing the Punjabi Sangrur constituency in the Lok Sabha (lower house) of the Indian Parliament.

His early comedy acts and recordings earned him numerous honors, including a Punjabi University gold medal.

He and Jagtar Jaggi formed a popular comedy duo during the 1990s.

He was born and raised in Sangrur, Punjab, India.

He and fellow comedian Kapil Sharma both competed in a popular television comedy contest called The Great Indian Laughter Challenge.

Bhagwant Mann Is A Member Of