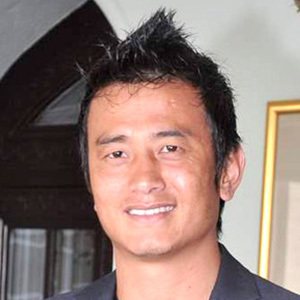 Retired Indian football player who is known for his work as a striker for the East Bengal club, the Mohun Bagan club, and United Sikkim club. He is also known for having played on the India national team and for having managed the Sikkim club.

His professional career first started in 1993 when he joined the East Bengal club. His debut with India's national team came in 1995. After retiring in 2015 with the East Bengal's he started his managing career with United Sikkim.

He has won several awards including the Arjuna Award for Football in 1998 and the Padma Shri in 2008.

He was born and raised in Tinkitam, Sikkim, India.

He shared a photo with actor Will Smith at the Taj Palace in New Delhi to his Instagram in October of 2018.

Bhaichung Bhutia Is A Member Of