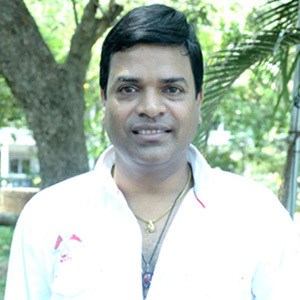 Indian actor who has appeared in films such as Ek Kutub Teen Minar and Aata Majhi Hatli. He has played the part of Waman Saheb in the 2015 film P Se PM Tak.

One of his earliest acting jobs was in the 1999 movie The Reality.

He has acted in TV dramas such as Aamchya Sarkhe Aamhich and Maharashtrachi Lokdhara. He has gained over 150,000 followers on his sahibharat Instagram account.

His parents are Aarambh Jadhav and Surabhi Jadhav.

He acted alongside Sonali Kulkarni in the 2015 movie Aga Bai Arechyaa 2.

Bharat Jadhav Is A Member Of