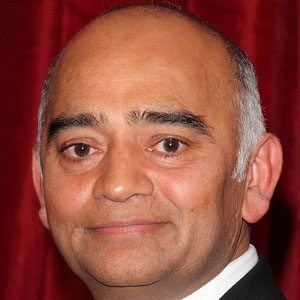 Perhaps most well known for his role as Rishi Sharma on the English soap opera Emmerdale, he is also notable for his voice acting work as Dilip on the animated series Ethelbert the Tiger, as well as for his performances in films such as A Business Affair (1994), Thunderbirds (2004), and Pulp (2012).

Early in his acting career, he played a guard in the 1984 action film Indiana Jones and the Temple of Doom.

He voiced a unicycle-riding bug named Jaadoo on the BBC children's program The Lingo Show.

Born in Kampala, Uganda, he later lived and worked in London, England.

He and Krystyna Janda both appear in the 2005 film Call of the Toad.

Bhasker Patel Is A Member Of