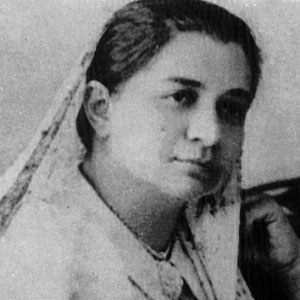 At a 1910 event in Cairo, Egypt, she gave a passionate speech advocating for women's rights and equality.

She was unhappily married to attorney Rustom Cama (the son of renowned Parsi scholar K.R. Cama).

She and Ramadevi Choudhury were both female leaders in the Indian Independence Movement.

Bhikaiji Cama Is A Member Of