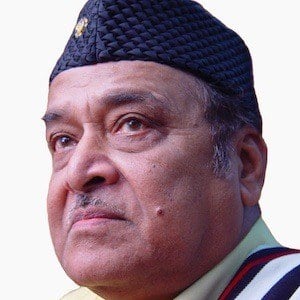 Late Indian singer credited with bringing Assam music to the Hindi film industry. He received many of India's most coveted civilian awards, including the Dada Saheb Phalke Award and the Sangeet Natak Akademi Fellowship.

He was discovered by Assamese filmmaker Jyotiprasad Agarwala and poet Bishnu Prasad Rabha at age ten.

The India Post created a postage stamp in his honor in May 2013.

His only child, Tej Bhupen Hazarika, was born in 1952.

He and A.R. Rahman both won National Film Awards for Best Music Direction.

Bhupen Hazarika Is A Member Of