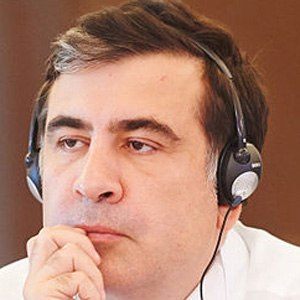 Politician became the third President of Georgia in the aftermath of the 'Rose Revolution' on January 24, 2004. He founded the United National Movement Party.

He led the United National Movement that successfully completed a bloodless revolution in 2004.

He had two children named Eduard and Nikoloz with Dutch linguist Sandra Roelofs, whom he married in 1993.

He was the president of a country that was once a part of the Soviet Union, which is also the case for Alexander Lukashenko, the President of Belarus.

Mikheil Saakashvili Is A Member Of