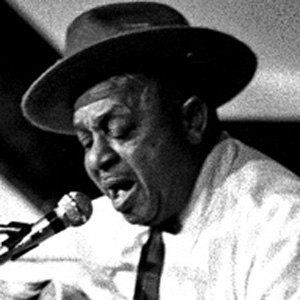 Most Popular#137914
Guitarist Born in Mississippi#16

Delta blues musician known as much for his nine-string guitar playing as for his notoriously cankerous personality.

In the days before blues musicians could make a living from selling records, he traveled around the United States playing alleys, bars, stores, and any place else that would have him.

His instrument of choice was a modified nine-string guitar, with three extra strings added so no others could play it.

He was born in Crawford, Mississippi.

Robert Johnson was another prominent Delta Blues guitarist and a contemporary of Big Joe's.

Most Popular#137914
Guitarist Born in Mississippi#16

Big Joe Williams Is A Member Of