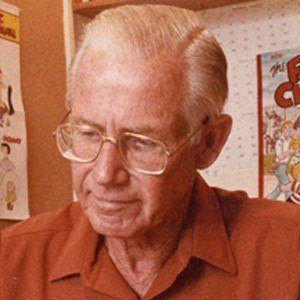 Cartoonist responsible for the syndicated series, The Family Circus. He has won the National Cartoonist's Society Award for Best Syndicated Panel on four separate occasions.

He served in the U.S. Army during WWII, where he created the infamous 'At Ease with the Japanese' cartoon.

In 2002, he was also honored with the Silver T-Square Award from the National Cartoonist's Society.

He married Thelma Carne in 1948. They had five children: Gayle, Neal, Glen, Chris and Jeff, who is also an cartoonist.

He worked as a cartoonist during WWII, much like Pulitzer Prize winning contemporary Bill Mauldin .

Bil Keane Is A Member Of