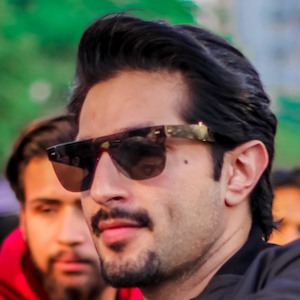 Actor, model and visual effects coordinator who is known for his roles in films such as Janaan, Yalghaar, and Two+Two.

He studied visual effects direction at Franklin Marshall College in Pennsylvania, USA. He went on to do a double major in finance and arts.

He was working as a hedge consultant in New York when he made the decision to quit his job and study animation at Escape Studios in London.

He has one sister, the late Sadia Ashraf, who was a film director with the dream of bringing Pakistani cinema to an international stage. He pursued film in her honor.

Urwa Hocane and Ali Azmat were the stars of Two+Two.

Bilal Ashraf Is A Member Of