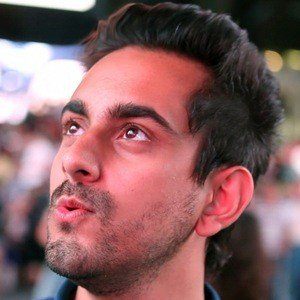 Singer-songwriter who first rose to fame in 2009 for his debut album Umeed. The acclaimed singer has gained an audience with popular singles like "Bachana," "Tou Kia Hua," and "Larho Mujhey."

He was studying politics and economics at Lahore University of Management Science when he released his first song, "Bachana," to YouTube.

He sung the official soundtrack for the Hum TV dramas Mata-e-Jaan Hai Tu and Roshan Sitara. He has also acted in the 2017 television drama Sammi.

He was born and raised in Lahore, Pakistan.

He lent his voice to the Mata-e-Jaan Hai Tu soundtrack. The show starred Sarwat Gilani and Sanam Saeed.

Bilal Khan Is A Member Of