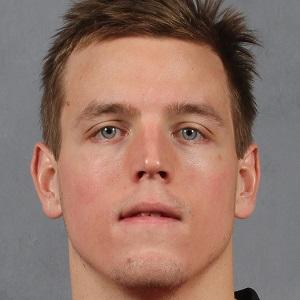 Taken 108th overall by the Calgary Flames in the 2010 NHL Entry Draft, he began his professional career playing as a prospect for the Adirondack Flames.

He played four years of college hockey at Boston College where he helped the team win a national championship in 2012.

He was on a the United States men's hockey team that took home gold at the IIHF World U18 Championship in Belarus in 2010.

He was born in Needham, Massachusetts.

He played one game for the Calgary Flames in the 2013-2014 system, playing alongside Mark Giordano.

Bill Arnold Is A Member Of