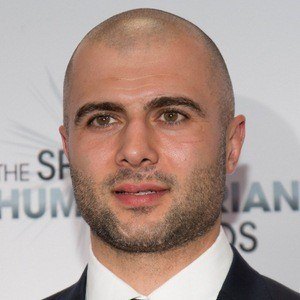 Defenseman who made his NHL debut in 2008 for the Calgary Flames and represented Canada at the 2010 Ice Hockey World Championships. He was named captain of the Flames in 2013 and in 2019, he won the Norris Trophy, given to the league's top defender.

He played in the Ontario Junior Hockey League for the Brampton Capitals.

From 2002 to 2004, he played for the Owen Sound Attack in the Ontario Hockey League.

He was born to Anna and Paul Giordano.

He succeeded Jarome Iginla as captain of the Flames in 2013.

Mark Giordano Is A Member Of