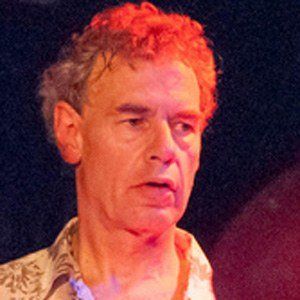 Original drummer for the progressive rock band Yes from 1968 until 1972 who eventually switched to playing jazz. He worked with various other bands and also pursued a solo career.

His passion for the drums developed while watching American jazz drummers on BBC TV during the 1960s. Lou Pocock of the Royal Philharmonic gave him drumming lessons.

He worked with King Crimson and Genesis after leaving Yes.

He grew up alongside his two siblings.

He was good friends with Phil Collins.

Bill Bruford Is A Member Of