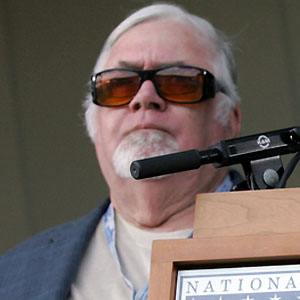 Remembered for his nearly fifty-year-long career as a sports columnist for the Philadelphia Daily News, this J.G. Taylor Spink Award-winning journalist belonged to the Baseball Writers Association of America.

After graduating from Temple University in 1961, he began writing for the Philadelphia Evening Bulletin.

In 2009, he was accused by his attorney niece of child abuse that she said had occurred years earlier. Her allegation and the similar claims of several other people caused Conlin to resign from his position at the Philadelphia Daily News.

Though born in Philadelphia and later a longtime resident of the city, he was raised primarily in New York City. His marriage to Irma Conlin lasted from 1960 until her death in 2009.

He was criticized for leaving Texas Rangers pitcher Nolan Ryan off of his list of Baseball Hall of Fame nominations.

Bill Conlin Is A Member Of