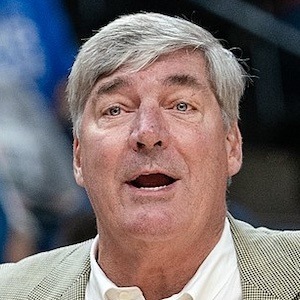 Legend of the Detroit Pistons who pioneered the hard-foul school of basketball. He helped lead the team to back-to-back NBA Championships in 1989 and 1990.

He was picked late in the 1979 NBA draft, 65th overall, going to Cleveland, who traded him to the cellar-dwelling Pistons after his first season.

He was one of the league's premiere outside shooters, making over 300 three-pointers during his career, but was more known for his physical play.

He was born in Boston, Massachusetts. He married Chris Laimbeer and he has a son named Eric and a daughter named Keriann.

Dennis Rodman, the ultimate bad boy of basketball, praised Laimbeer in his autobiography, saying there was more to the man that just hard fouls.

Bill Laimbeer Is A Member Of