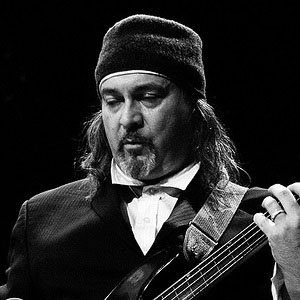 Bass player and music producer known for his multi-genre musical work. In the late 1970s, he formed a band, Material, that mixed dance music with jazz, hip hop, and spoken word poetry.

Early in his music career, he played with Michigan-based funk bands. He later moved to New York City and performed with musician Daevid Allen.

During the 1980s, he worked with the Celluloid Records production company, recording numerous fusion-genre tracks.

He was born in Illinois, and he grew up in Michigan.

He produced jazz musician Herbie Hancock's 1983 album Future Shock and also co-wrote and performed on most of the album's tracks.

Bill Laswell Is A Member Of