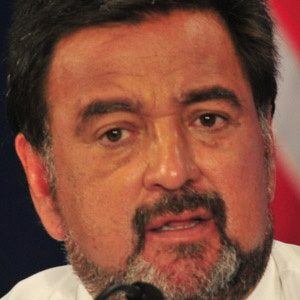 Former US Ambassador to the United Nations and politician from New Mexico, who served the state as its Governor from 2003 to 2011. He made an unsuccessful bid for the 2008 Democratic nomination for the presidency.

He pitched in the amateur Cape Cod Baseball League in 1967.

He controversially supported Barack Obama for the Democratic nomination in 2008, despite being longtime friends with Hillary Clinton.

He was appointed as the US Ambassador to the United Nations in 1997 by President Bill Clinton, who also appointed him Secretary of Energy in 1998.

Bill Richardson Is A Member Of