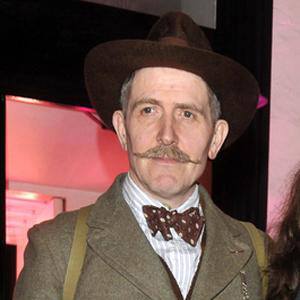 An English author, artist and musician, he is known for such sexually explicit works as My Fault (novel) and Paedophile (song). He was a founder of the artistic movement known as Stuckism.

He attended St. Martin's School of Art and was eventually expelled on behavioral grounds. Beginning in the 1980s, he began exhibiting his art work in numerous British galleries.

His undiagnosed dyslexia caused problems for him in school.

His birth name was Steven John Hamper. He was sexually abused as a child by a friend of the family, an experience that deeply influenced his artistic and literary work.

He admired and was inspired by the work of Vincent Van Gogh.

Billy Childish Is A Member Of