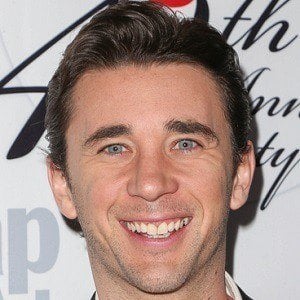 Actor most well known for his portrayal of Chad DiMera on the popular NBC daytime drama Days of Our Lives. He also made a guest appearance in a 2014 episode of Hawaii Five-0.

After earning a degree in finance from Minnesota's St. Cloud State University, he worked as a financial analyst for Warner Brothers Studios and made his acting debut in a commercial for the Taco Bell fast food chain.

Early in his career, he appeared in short films titled 80 in 10 and Solely.

He spent his youth in Minneapolis, Minnesota, and later relocated to Los Angeles, California.

He joined the Days of Our Lives cast in late 2014, replacing Casey Deidrick in the role of Chad DiMera.

Billy Flynn Is A Member Of