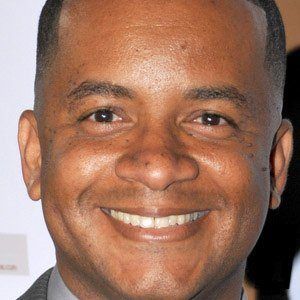 Former NFL wide receiver and kick returner, known for his quickness and by his nickname White Shoes.

He was not a huge prospect out of college and was not drafted until the 15th round of the 1974 NFL draft.

He was a three time All-Pro selection and was named the NFL Comeback Player of the Year in 1983.

He was born in Boothwyn, Pennsylvania.

He was one of the most feared kick returners of his time, like Devin Hester later became.

Billy Johnson Is A Member Of