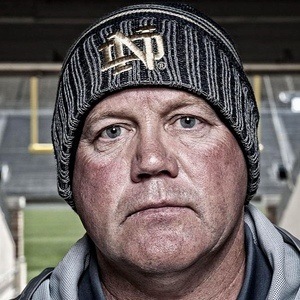 Linebacker who played his entire NFL career with the New York Giants from 1973 to 1983 and was part of one of the best linebacking cores in NFL history.

He grew up in Fullerton, California.

He played alongside the legendary linebacker Lawrence Taylor on the Giants.

Brian Kelley Is A Member Of